Reshaping sports production for the modern era of OTT 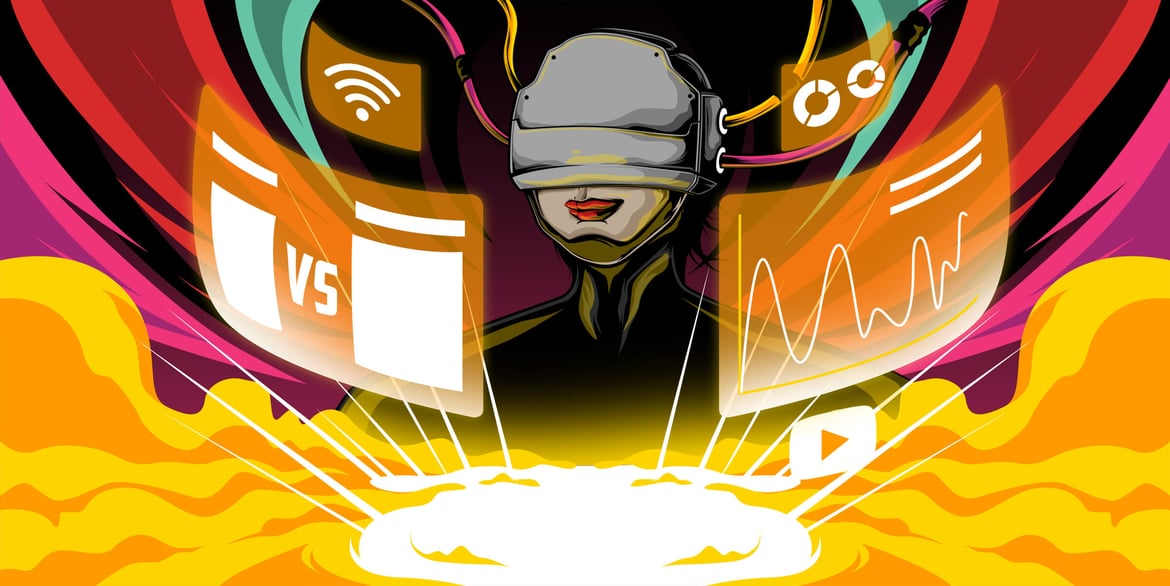 For sports broadcasts considering a more sustainable business model in a post-COVID-19 world, they’d be wise to explore a few new ideas.

Reshaping sports production for the modern era of OTT

For sports broadcasts considering a more sustainable business model in a post-COVID-19 world, they’d be wise to explore a few new ideas.

Firstly, it makes financial sense that sports broadcasts adopt new and emerging technologies. However, they must also maintain a level of broadcast quality that fans, clients, and commercial partners have come to expect from a live sports production.

To understand the financial realities of live sports production is to grasp the costs of traditional, linear, big-game sports broadcasts.

For instance, to produce just one live sports production with a linear broadcast model, it can cost between $40,000 to $150,000 per game.

Ordinarily, this isn’t a problem. When a league has sold its content to a broadcaster - and the advertising dollars exceed costs of production as well as the broadcast and advertising rights paid to the league to forego their right to broadcast - then the model works.

However, in extraordinary times such as now with COVID-19, the linear broadcast model and the cost of productions comes under a serious microscope IF the audience numbers and advertising dollars do not match up.

When advertising dollars dry up, or do not increase over time, big, fixed production costs remain, burning a huge hole in the pockets of the broadcasters and networks, which in turn must pay the production companies.

The cost of traditional live sports production had already reached its limit Pre-Covid. Mid-Covid broadcasters are rightly raising red flags, informing sporting organisations and/or leagues that rights fees will be pulled and potentially halved if the costs continue to rise and audience numbers flatten as advertising dollars shrink.

There is a limit, and we have reached it.

Perhaps Covid-19 forced it sooner than the industry was prepared for, but make no mistake, corrections in the market for rights fees and production costs were going to happen sooner or later. 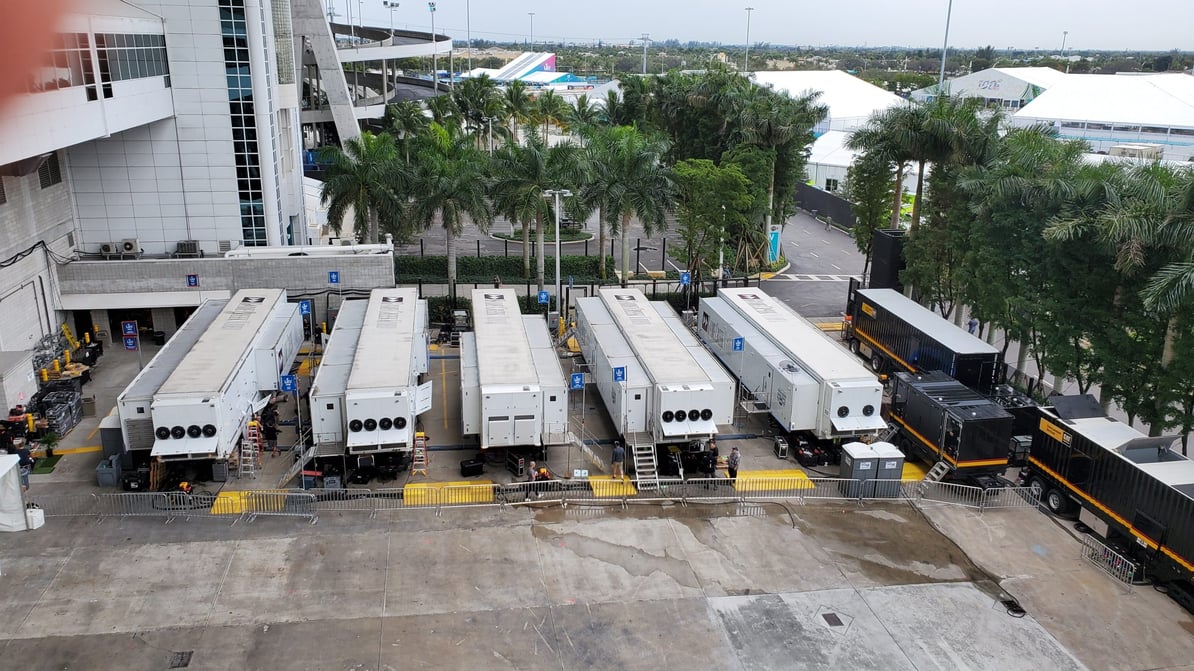 Nine, which pledged $575 million to the National Rugby League (NRL) for a five-year broadcast deal expiring in 2022, will spend about $125m in production costs over the same period, according to a Sydney Morning Herald report.

Channel Nine building in Melbourne, AUS. Credit: TK Kurikawa / Shutterstock.com
The NRL plays 201 games per season, which equals a total of 1005 games over a five-year period. Dividing 1005 games by $125 million comes out to a whopping $124,378 per game if all games are broadcast by Channel 9.

Of course, not each game costs that exact amount. But the management, facilities, and equipment costs to produce that number of games within a linear broadcast model means you end up with that average figure.

A story in the Brisbane Times on May 10 this year stated ‘Nine won't commit beyond the three years that remain in its existing deal unless League Central agrees to its offer for a reduced long-term arrangement.’

But here is the kicker.

This cost can be absolutely justified if audience numbers are high, advertising revenue is consistent/growing and everyone is making money. You don't change win-win-win scenarios.

In a pre-OTT world - that cost is justified.

When there are only so many channels that a game can be broadcast on - and before streaming quality and technology had reached its current capability, as well as audience /viewer Internet robustness to stream in HD - this makes sense.

However, and this is the key point, we have now reached a stage where digital has made a huge dent in linear broadcast viewership and, as a result, the model itself.

Furthermore, rapid improvements in viewing technology enable fans to watch in full HD on any screen or device, in any workflow at any time, live or on-demand. You can now "cast" any device to any other device, with the most common workflow, smart phone to TV, allowing a direct to consumer/OTT stream experience replicating what traditionally was the domain and advantage of linear broadcasting.

As an OTT channel can be "fired up" at any time, with capacity only limited to cloud server capability, the deliver mechanism do not require the same costs that are bound to linear broadcasts, to fit down a limited number of pipes. With new broadcast technologies, the world of OTT can achieve a larger number of high quality live broadcasts, with reduced costs, while maintaining a comparable level of production to linear models while maintaining flexibility to scale up and down in production value according to expected viewership numbers and advertising revenue expected. This is the true advantage of D2C/OTT production models.

The type of infrastructure that supports an OTT world.


Don’t get me wrong, linear broadcast production budgets should expand and contract with viewership and revenue. However, what has happened is that viewership has become more competitive in a world of OTT platforms.

Live sports broadcasts are now competing with a multitude of streaming, on-demand platforms like Netflix and Disney +, while also attempting to gain traction in the world of social media.

No longer are there only three live TV channels with two sports live at the same time. Times have changed, audiences and platforms have diversified, but the production costs for top-end sports have not and Covid-19 has shone a direct light on this.

An OTT world is defined by the quantity of content as much as the quality. However, this doesn’t mean you can produce poor sports broadcast content.

What it does mean is that whoever can produce the same amount of content for less - at the same quality, and then re-funnel extra budget into ancillary content around the live games e.g. talk shows, documentaries - will win and sustain.

Scalable, sustainable, cloud-based, remote and automated broadcast technology will force the question, enabling this to happen in a post COVID-19 world.

An endless wall of content for viewers to consume.

Here’s a question: as sports fans, if we want to enjoy a live game do we absolutely need a 14-camera production with seven commentators and six angle replays?

By deploying new, cost efficient, scalable and flexible technology and without scaling significantly back in production value, is there a case for a better return on investment (ROI) for broadcasters and sporting organizations who own their own broadcast rights?

This is the question that is being asked right now.

And viewers, I believe, will be open to live sports production being sustainable and produced in greater quantity in an OTT world, a world where they will happily forego extra cameras and less replay angles to access consistent and most importantly, sustainable live productions. Unfortunately COVID-19 has exposed the fickle nature of live sports, and a new reality is upon us.

It is time for live sports broadcasts to adapt to an OTT world, and to spread the quality of broadcast up and down the vertical without top-heavy unsustainable costs.